It’s fair to say that when the trip of a lifetime was arranged between three of us from WU to head up to Orkney, we were pretty excited about the prospect of dropping into Old Pulteney on the way. Many a whisky drinking session ended up in grand plans of heading up the northeast coastal road of mainland Scotland to visit this ‘bucket list’ distillery. With several months of planning behind us, we finally jetted northwards to Scotland. First stop: Old Pulteney!

Starting from Inverness Airport is becoming bit of WU tradition for our whisky trips and this occasion did not let us down either: the drive up the A9 is breath-taking. The winding roads, and trips over several firths and hillsides allowed us to soak up what the autumnal Scottish highlands had to offer. Plus, we earmarked the Dalmore, Glenmorangie and Clynelish distilleries along the main road for our return trip. A breezy 2h30m later and we arrived at Wick, the once bustling fishing hub of north Scotland. 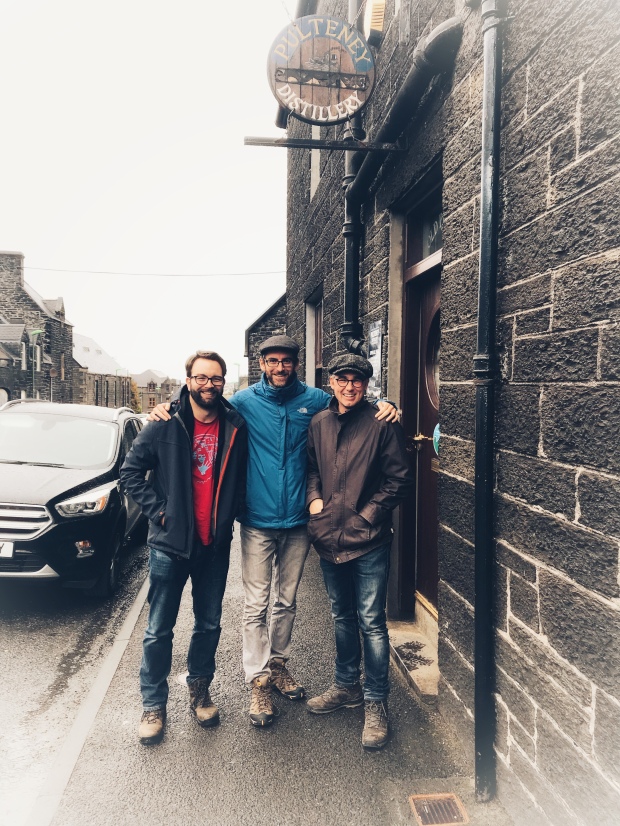 The Pulteney distillery (ed: Old Pulteney is the brand, but the distillery is simply ‘Pulteney’) has a rather unassuming store front and visitor centre. Despite dashing in with 1 minute to spare until the next tour, we were still met with patient, smiling faces. Was it to be the £10 or £25 tour? Let’s just say that we hadn’t braved planes, trains and automobiles for the best part of a day to just sample the basics! If you’ve read our post about Old Pulteney’s new range, you will know that we are big fans. The £25 entitled us to a tour and tasting of the new core range: 12yo, 15yo, 18yo and the no age statement ‘Huddart’.

The tour blends your standard whisky making information (e.g. pass the jar of barley) with some fantastic insights into the distillery’s history and buildings. Any newbies to whisky will get the full experience here of peated vs non-peated and a chance to test their senses at different points of the distilling process. Interestingly, despite the fields upon fields that we had driven past, we were surprised to learn that the Pulteney team receives their barley already malted from further south, but that’s the modern whisky world for you! 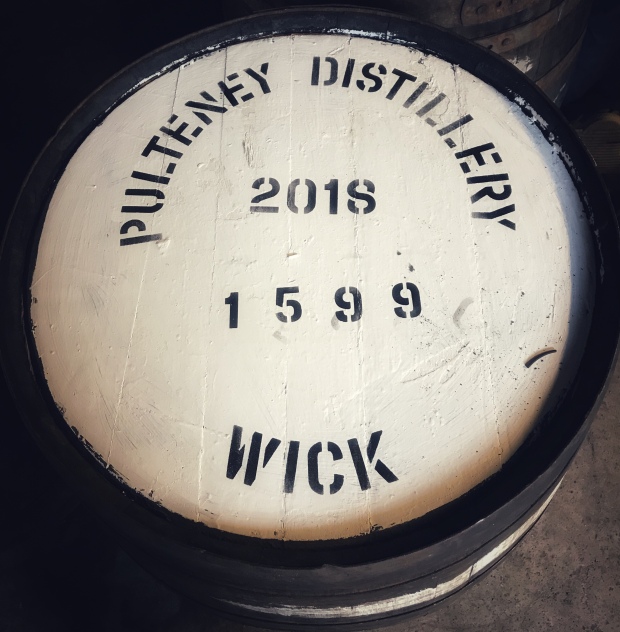 Photography and history buffs will marvel at the series of old photos adorning the walls demonstrating the town and distillery’s history since its opening in 1826. We always feel humbled that distilleries like Pulteney have been places of work for generations. This is very evident at Pulteney when walking between the buildings, and not because there were workers going about their business but because it was quite industrial-like, particularly when looking out across the stainless steel washbacks. With all the machinery humming away you soon realise that these places were built to make whisky, rather than to host tours, and you felt right amongst the action. This was especially the case in the still room, where you turn a tight corner to find yourself face to face with the famous bulbous stills–the heat billowing out of the copper pots as if to emphasise the point! In fact, it is the still’s unusual, onion-shaped middle chamber that is replicated within the neck of each and every bottle of Old Pulteney. 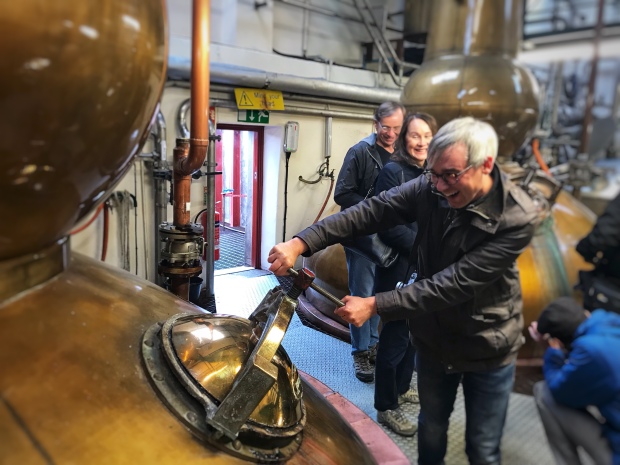 In our experience, you don’t often get the chance to go into working warehouses, so this was a definite highlight of the tour. At Pulteney you are confronted with rows and rows of barrels, stacked almost as high as the ceiling! It’s mind boggling to think that 1.2 million litres of whisky are produced here every year by just 7 people. If you want a job for life, head to your nearest distillery: the shortest serving member of this group at Pulteney was 16 years into his tenure! That close-knit sense of family is palpable at Old Pulteney and helps you feel welcome, despite the distillery’s working nature. 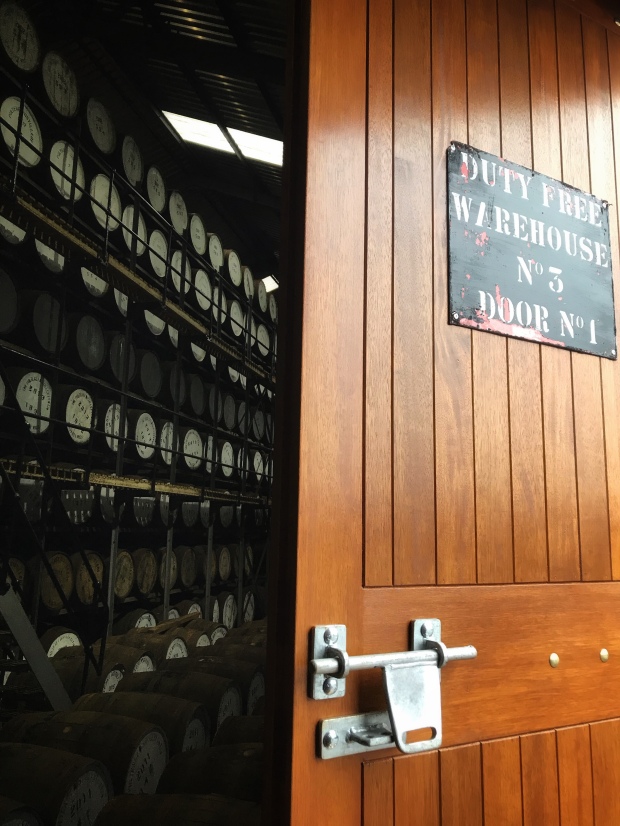 A Peak Inside Warehouse No. 3.

As we completed the hour-long whisky making journey, we were escorted to a rather new-looking tasting room. The large stone-floored and wood-panelled room was filled with lots of different armchairs, sofas and little tables made from miniature rowing boats. Nicely presented on repurposed whisky barrel staves was our 4-part tasting. After a short video promoting the history of the distillery, our guide talked us through the tasting before leaving us to taste, chat and linger—a nice touch rather than feeling pressured to move along.

We’ve put the notes together in another post, but it was great to kick off the tasting with the classic (and best seller) Old Pulteney 12 year old—we’re happy to report that the recipe hasn’t changed! The 15 year old came next, followed by the 18 year old and then finally the Huddart. This no-age statement was left until last because it is a peated expression, which is unusual for Old Pulteney. Technically, it is not made from peated barley, but instead the unpeated new make spirit is housed in casks that had formerly contained peated whiskies. An interesting experiment as the peat has certainly permeated into the whisky, particularly when contrasted with Old Pulteney’s traditional expressions. Needless to say that, after such a long day, we enjoyed our drams and relaxed as the remainder of the tour group eventually peeled away, leaving us and our 4 nearly empty glasses to geek out and enjoy the maritime malts. 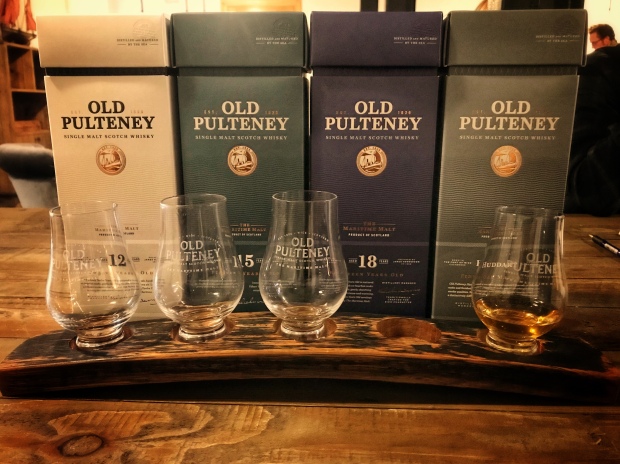 A quick note for the discerning traveller: sadly, Wick’s heyday is a thing of the past. While the distillery does its best to highlight the town’s wonderful history, the reality catches up with you once outside. Some lovely buildings and a small selection of establishments notwithstanding, the town is limited in its tourist appeal. In hindsight, we might have glorified the town in our minds in anticipation of visiting a favourite whisky maker, but it was important to learn of the town’s history, and it is definitely worth the visit to the distillery! 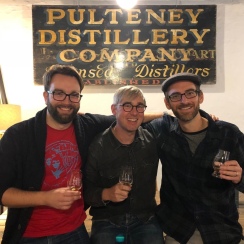 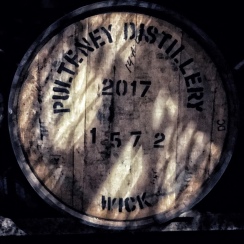 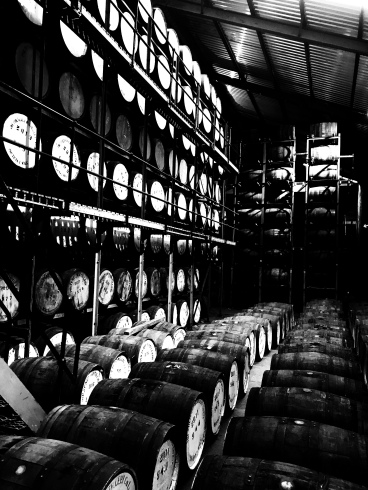 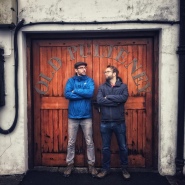 Gearing Up For the Tasting Battle