Let’s get one thing out in the open before we launch into this: I am a lifelong fan of Metallica. I’ve been hooked on the Bay Area Thrashers since first hearing Seek & Destroy on a cassette that a friend gave to me back in primary school in the early 90s. That track led to Creeping Death (once I’d finally stopped repeating the first track over and over) then into Battery, then Harvester of Sorrow and then Enter Sandman. One belting track from each of their first 5 belting albums. What an introduction. No turning back for me. No life ’til leather. A metal head was born.

Fast forward 10+ years and I’m still listening to them, but now I’m getting into whiskies in a big way. And a dram or five is my perfect accompaniment to the major rager cagers.

Fast forward another 10+ years and imagine my excitement when I read the headline that Metallica are releasing a whiskey of their own! Not just that, but it is called “Blackened”, which is one of their finest, fastest and fiery-est tracks. 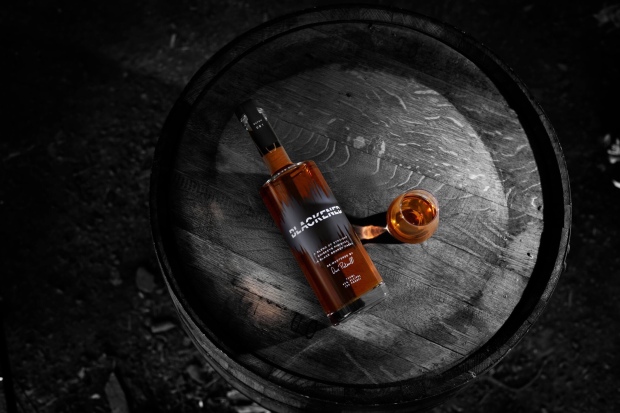 My first instinct was instantly the millennial mantra of “shut up and take my money”. But then… I thought about it some more. And some more. And now, I’ve waited a few days for it to sink in.

What is going on here? A band that I’ve idolised for years and basically feel like I’ve grown up with, has released a new whiskey. Exciting times, right? I mean, objectively this appears to be just cashing in on a new market for them – one that is already populated and saturated with numerous bands who have endorsed beers, wines, and spirits. So be it. Where have they been until now? Pint of Trooper anyone?

Obviously Brand Metallica is one giant cash-churning machine, but that has been built on the band’s merit, and has always been linked to their music. (And so is the whiskey apparently but I’ll come to that later). What particularly jars with me though, is that my hero and frontman to the metal juggernaut is one James Hetfield – a man who, amongst many things, is a recovering alcoholic.

During the 80s, the band were notorious for their excesses, and even garnered the nickname Alcoholica. This continued into the 90s and if anyone has watched the Live Sh*t: Binge and Purge video from the Nowhere Else To Roam tour in 1993 (basically the humongous 2.5 year long world tour to support the record-breaking ‘Black Album’) you can see that those excesses were part and parcel of the show and pretty much fuelled the fire that made them shine so bright to the point of being dangerous.

Just like my introduction above though, flash forward a decade, and, in 2003, fans got the chance to see inside the Metallica world like never before – and many did not like what they could see! Despite the many criticisms that the documentary Some Kind Of Monster received (I mean, amongst other things, do you remember those horrendous jumpers that their therapist wore?), what it did demonstrate was the long lasting impact of those excesses and the difficulties faced by James when living, working and breathing in a world filled with “alcohol and other addictions” – and let’s face it, any fan would gladly have bought him a drink, right?!

I therefore find it difficult for the band to reconcile this history (and what has, hopefully, been 15 years of being sober for The Het) with the sale of a 45% ABV whiskey. Maybe – searching for a silver lining here – it’s a demonstration that he is strong enough to get behind a product that he is told is of good enough quality and, whilst he can’t enjoy it, he hopes that you, the discerning whiskey drinker, can? Maybe. Hopefully.

Looking to the blurb on the Metallica.com site and it seems that they have addressed some of these concerns. Firstly they have clearly stated that they are “not just slapping a Metallica label on a pre-existing mediocre whiskey”. The band claim to have been part of the process from initial conception to release and have wanted to put out a genuine, quality product. The fact that they have engaged the WhistlePig master distiller Dave Pickerell to craft this whiskey from scratch does seem to be testament to that. Add into the mix that they have not just used any old business to do so but have also set up their own alcohol company, Sweet Amber Distilling Co, then it seems like a lot of enterprise has genuinely gone into this with the intention of creating something unique.

Clearly, as a song title of the band’s, Sweet Amber is an appropriate name for a whiskey company. We’ll just have to overlook the fact that the song is about a punishing, lacklustre, cyclic and toxic relationship with “her” – whether that is necessarily a reference to a woman or the demon alcohol herself is up to your discretion. It’s probably also worth highlighting that is a track off the much maligned St. Anger album, for which the Some Kind Of Monster documentary was initially intended to be a “behind the scenes” exposé of the recording process, but first and foremost documented Hetfield’s initial struggles with going to rehab and battling his inner demons.

What of the whiskey itself then? What have they done that is so unique? Well, it is a blend of “bourbons, ryes and whiskeys” from across the US and they have then been married into black brandy barrels and then… SONICALLY BLASTED WITH METALLICA! That is pretty metal. (If not a little reminiscent of a shocking headline about US troops in Iraq some years ago) What’s more is that each bottle of Blackened will be presented with a code that takes you to an Apple or Spotify playlist where you can stream the playlist that has vibrated your whiskey to its chosen maturation. (I’m not even going to get into Metallica’s history with the whole music streaming thing)

Yes, you read that correctly. What makes this unique in the whiskey world is that the barrels have been blasted with Metallica tunes using a ‘Black Noise’ low frequency sound system. What does this achieve? Well, the intention is to make the whiskey within the barrel vibrate and therefore penetrate further into the barrel and absorb some more of their housings’ flavour profiles. My first instinct, as I’m sure many other people’s will be, is that this is absolute BS. HOWEVER over the years, the whiskey world has seen numerous experimentations to try and understand or improve whisk(e)y maturation. Who remembers Ardbeg in spaaaaaaace? That saw an experiment by the famous Islay dwellers sending samples of their own whisky into the International Space Station to see what the effects of zero gravity had on whisky maturation and it’s interaction with the barrel’s wood. What that experiment did have though, was a control sample back on Earth, and then a compare and contrast exercise, and that’s what I’d like to see here – a compare and contrast between whiskey that has been blasted with the sonic assault of Metallica tunes versus traditional silent maturation. Maybe we’ll never see it, though I wouldn’t be surprised to see some form of ‘Unplugged’ edition in the future. Now there’s a good idea… Whisky Unplugged!!! 😉

Whisky Unplugged: Coming To A Liquor Store Near You

That is also something that will inevitably follow this initial release though: new versions, permutations, experiments, “limited editions” and associated merchandising. A visit to blackenedwhiskey.com shows that the merch machine is already chugging away on this new venture – who knows, maybe in the future we’ll see Drammage Inc? Rye The Lightning? For Whom The Barrel Tolls? The Frayed Blends Of Sanity?

There is little doubt however that this will be another commercial success for the world’s highest grossing metal band. Initial pre-orders have immediately sold out. A lot of initial feedback online saw people rolling their virtual eyes and seeing this as another money-grabbing project, and whilst that may be true, this is after all, another business venture, as several people have pointed out, if it creates new jobs and opportunities for people along the way then fine. Also, if it is intended for our general enjoyment as a new whiskey that is actively encouraged to be enjoyed alongside Metallica, then it can’t be wholly without merit can it?

Either way I’m intrigued and, as a die-hard follower of the band and whiskey in general, yes I am conflicted, but I do want to try the new whiskey as soon as I possibly can whenever it lands in the UK (currently a US-only release) to see what it actually tastes like – because that is the one detail that is missing here amongst all the diatribe and divide of opinion: is it actually any good? That remains to be seen. So let’s just hope that this is not The Thing That Should Not Be but is instead a nice Whiskey In The Jar. 🤘