Over the last couple of years, Irish whiskey has seen something of a renaissance but, all in all, with the same major players still dominating the scene. Method and Madness is a new name in that scene but from an old face. The new micro-distillery has been set up by the team at County Cork’s famous Midleton distillery as a new brand and avenue for their distillers to experiment with the more traditional arts of whiskey making. The branding itself stylishly reflects the meeting of old and new whiskey worlds and the distillery offers up a core range of Ireland’s three distinct whiskey styles: a Single Malt, a Single Grain, and, the more traditional Irish offering, a Single Pot Still. these initial releases have their own qualities and plays on the traditional themes and have each received their own respective plaudits within the whiskey communities. Outside of these core releases, however, lies the micro-distillery’s real aim, as Midleton’s experimental arm, try out new things and here we got to explore one such example via the Virgin Hungarian Oak Pot Still whiskey. As the name suggests, this limited release has seen their pot still whiskey (originally matured in bourbon barrels) finished in Virgin (i.e. unused/fresh) Hungarian Oak casks. This limited run has been triple distilled, matured and bottled at the Co. Cork site and is presented at 46% ABV.

A distinctly light and Irish nose at first. There’s lots of toffee and cake-like smells. There’s also a marzipan and almond type flavour there too and a cloying vanilla and creamy kind of sugary note, which altogether remind me of Battenberg cakes. Once that tasting note was written down, there was no coming back from it either.

All those dessert-like flavours carry onto the palate. Once it has hit the lips, there’s an extra bit of lemon citrusy freshness to it, but then the real experimentation hits towards the end of the mouthful as a crazy liquorice meets cinnamon and almost cayenne spice bursts to life and takes over all of those initial sweet flavours.

Those spicy notes take over on the finish here too, with a firey little spicy flourish finishes off the tasting experience. Not in a dominating or overpowering sense though. Just bringing a fuller flavour profile to the table.

Well, that’s quite the little journey that this whiskey takes you on, At first its all sweetness and desserts, but then the final spice and (presumably) virgin oak influence really contrasts with the traditionally light pot still finish, but it works. Really works. Given the mission statement that Midleton are after with this brand, then this seems like an experiment gone well. To be fair, it seems that a lot of distilleries that are looking to find new flavours and buck the traditional trends of whiskey making are looking further afield to different cask types to discover that key new element, and the Carpathian mountains of Hungary are presumably such a place. The spice really complements the almond cake flavours and makes for a real lip-smacking whiskey. Definitely a successful experiment, and one to keep an eye on. 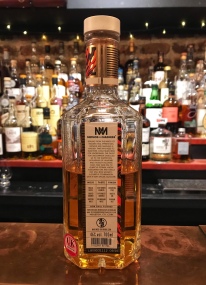 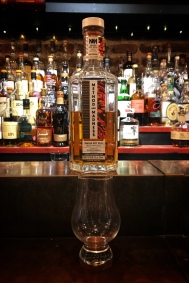 Also: Cheers to Kate at Milroy’s of Soho for the recommendation!