It is widely recognised that Japanese whiskies are becoming more and more world-renowned, particularly so since the end of 2014 when Jim Murray surprised the critics by awarding his whisky of the year for 2015 to Yamazaki’s 2013 Sherry Cask. At the start of 2014 though, Suntory released two new whiskies into the market in an attempt to offer a new, varied entry-level dram that could be distributed around supermarkets – The Distiller’s Reserve (one for Yamazaki and one for Hakushu).

These new bottles may be classed as single malts because they’re from a single distillery but actually represent a blend of 3 different expressions from Yamazaki. The Distiller’s Reserve is a no-age-statement blend of a wine cask expression, a sherry cask expression (which Jim clearly loves) and a mizunara cask expression (i.e. Japanese oak). The ages of each ingredient varies but is believed to be somewhere between 8-10 for the sherry and mizunara casks, and anywhere up to 18-20 for the wine cask. With an unfavourable introduction to Yamazaki but the promise of something new and a lot of flavours (including an award winning component) the WU boys were intrigued to try this out… 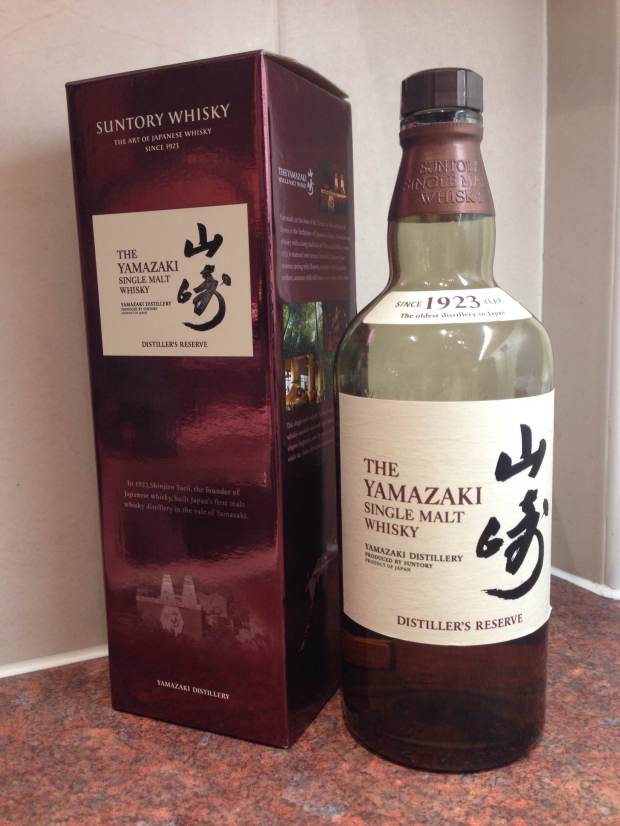 S: Tastes like strawberry cheesecake…Sherry comes through along with an oakiness.

M: Almost a grain-like finish, with red fruits but it all disappears too quickly.

S: Disappointingly weak…some embers to help warm you up but not much.

M: The three different whiskies that make up this dram are all present in its taste and are nicely balanced. It might just be my preference (or because I bought it) but I quite like this Yamo – particularly more than the other lads – and I could spend a while with this dram enjoying the different flavours, if they didn’t end too soon.

S: A decent dram, but unimpressed with this “triple maturation” process and a £40+ price tag. Enough positives though to recommend it.

J: Couldn’t really find too much to write home about here. Its a fairly sweet whisky, but its not really blowing my mind.