My trip to the 2015 Best Of The West Festival (or “Bowfest” as simply referred to) was a journey two years in the making and it did not disappoint!

Pretty much two years ago to the day, WU embarked on their first Islay road trip. Having started out from the south of England, it took us 14 hours of travel to get to the hallowed peaty turf in the western isles of Scotland. As we drove past Loch Lomond en route to the ferry terminal at Kennacraig however, we started to circumnavigate Loch Fyne and were blown away by the beauty of the small town of Inveraray. Not only did the white-walled town look special from the approach, but as we drove over a steep, humped bridge, we got an awe-inspiring glimpse at Inveraray Castle. I remember instantly thinking that I needed to come back and explore this place. 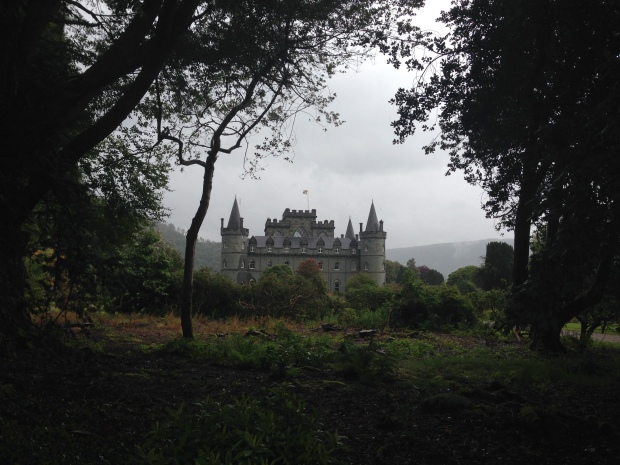 Jump several months later, and adorning the front of The Whisky Shop’s own Whiskeria magazine, accompanied by the title “One Fyne Lady”, was a picture of the Duchess of Argyll. In the article, she candidly spoke of her and her husband’s heritage and mentioned that they were set to host their 4th annual Best Of The West Festival. No need to think twice… I looked into it and tried to make a WU trip happen. The weekend event sounded incredibly fun, but unfortunately, our diaries just couldn’t make it happen. ‘Next time’ I thought….

Jump ahead another few months and I happened upon the copy of Whiskeria again and quickly set to making plans to attend the 5th Bowfest. Unfortunately, the dates didn’t line-up again with the WU boys, but I was determined to go and Mrs H was only too happy to oblige and make a week long trip of it. Good times.

As I’ve said above – the event did not disappoint. The scenery was stunning and made the perfect place-setting for a good-natured celebration of Argyll and the Isles’ fodder. There were 4 large tents set up in a giant horseshoe in the grounds of the castle, which housed: the main stage and bar (manned by and offering up Fyne Ales’ finest), a food tent, a crafts tent and, most importantly, the acoustic stage and whisky tent. Given that the event is held at the end of the summer season, it was a great shout to get as much of it undercover as possible, though the weather was actually pretty compliant throughout. 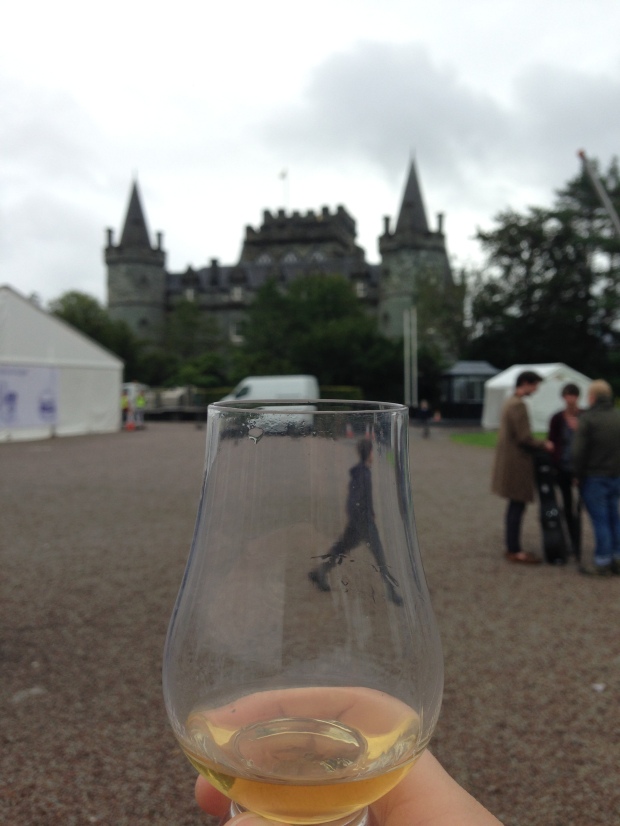 The Dram and Castle

The main stage’s line-up on the Saturday was full of great acts, with the biggest names being Skippinish (who played an excellent cover Taylor Swift’s Shake It Off and also offered twin bagpipes throughout) and the headliners, the excellently entitled, Peatbog Faeries. One of the biggest cheers of the day however was made for local heroes The Camans, who are fronted by the event’s own music organiser, and they too played some excellent contemporary cover versions – more so than any of the other fine bands on that day. A personal favourite of mine was a local folk group called Have Mercy Las Vegas, who played some great heart-rending music with wonderful vocal harmonies from all band members, despite being nearly upstaged by the lead singer’s own toddler.

The whole festival had a great, relaxed and good-mannered vibe. The focus seemed to be on good produce and good times for friends and family, and it suited the surroundings perfectly. There was even a children’s tent and play area. Everyone was in good spirits (in more ways than one), and what was even more humbling was the fact that the Duke and Duchess were in amongst it too, wearing hoodies and mingling with everyone, chatting and introducing the bands. Regardless of the stunning array of whiskies available (which I will get to), this was the perfect local festival. I mean, where else can you get a venison burger and fine, rare scotch for £12.50?? 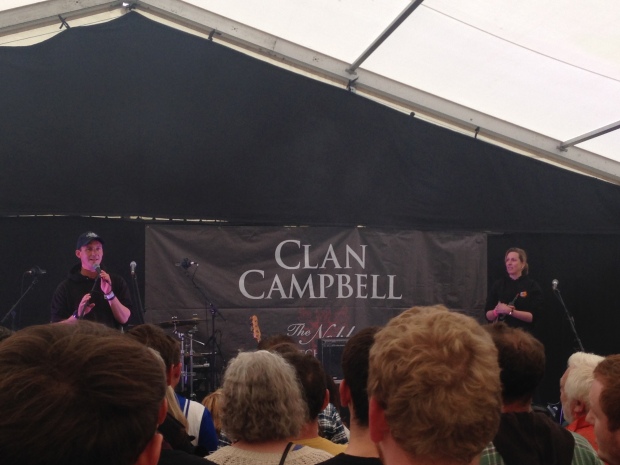 On that note then, the whisky tent was stocked by Inveraray’s own Loch Fyne Whiskies, and the selection was breathtaking. Given that I wanted to remember it all, I took the day and the drams in my stride and thoroughly enjoyed: 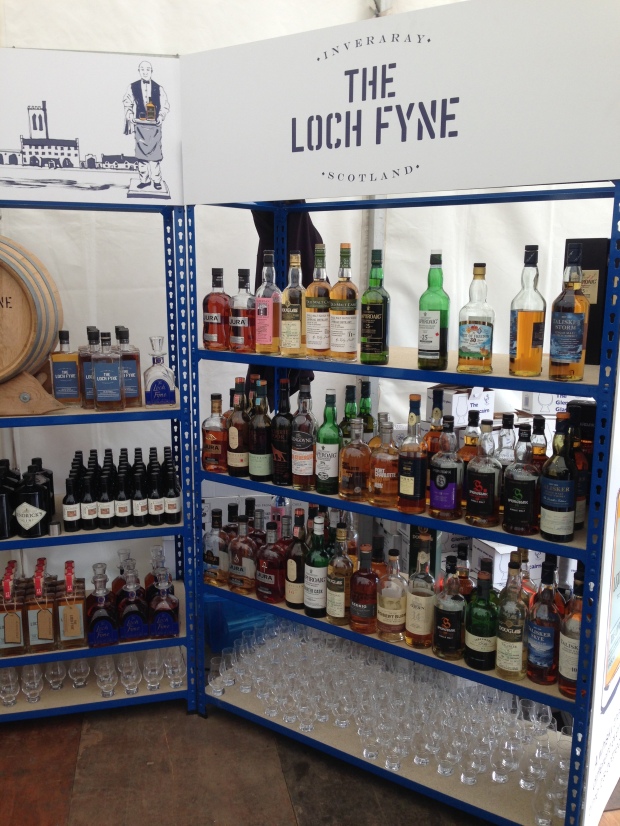 With a 7.30pm curfew, the day did seem to disappear but for all the right reasons and it did leave way (and avoid the headaches) for a second day of folk-based fun…