This whisky represents the third and final part of Highland Park’s Viking Legend series. The trilogy started with Valkyrie in 2017, followed by Valknut in 2018, and now this closing release of 2019: Valfather. Each release has been supported by heavy Viking imagery and mythology alongside designs from Danish designer Jim Lyngvild. The Valfather himself is Odin – Norse God and father to all, who opens the halls to his Valhalla to fallen soldiers. He is also father of all the Gods [ed: and will forever look like Anthony Hopkins in my mind’s eye]. Certainly powerful stuff. Accompanying that imagery then it seems fitting that this whisky is the peatiest release ever from Highland Park. The whisky has been matured in refill casks only and has been harnessed at 47% ABV. 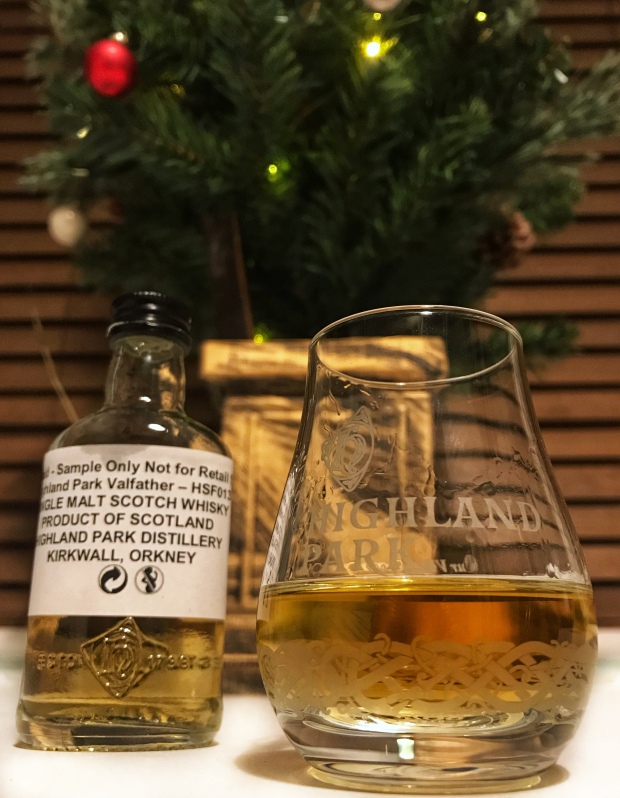 Well yes now! It is peaty and lives up to its billing. It’s still not a fearsome peat though. It manages to be strong in flavour but without blowing your head off or make you think that you’re sniffing an actual peat brick of dirt. More like the smells of the remnants of a bonfire though – ashy and ashen. It still has their house-style of sweet heathery peat smoke to it too. After a little time to breathe the sweeter notes are now like pears and oranges (probably burnt orange though). Marmalade springs to mind. In fact it is a little jammy too. These notes are faint though as it’s all about that drying wood smoke smell.

For all the smoke on the nose, the first flavours are delicate vanilla and peach. Followed by peat of course, but it has a real lightness to the body that I wasn’t expecting. Maybe even a little creaminess to it but then the oak starts to reveal itself through the cloud of smoke however with more vanilla and bucket loads of peppery spices. There’s a nice little bitter dark chocolate note in there too but that final flurry of flavours contains cracked black pepper mostly.

Woodsmoke and pepper linger for a long while and finally peat-er out. The light body and strong, lasting flavours really make this one to savour but keep going back for more.

The stories are the stuff of legend, but for all the marketing and Viking mythology, I think that this whisky would go down in legend too if it was a regular release. It makes a real show of having delicious peat-led flavours that would normally take a backseat in a regular Highland Park release. Even though the flavours are strong, that light body and set of delicate supporting flavours make this something of a sweet peat treat and it really keeps you going back for more. My glass emptied without me really noticing the time slip by. I think I’ve come to this trilogy too late. You might now have to resort to second hand sellers for the original Valkyrie if you wanted to collect the trilogy but this is a lovely whisky in its own right. 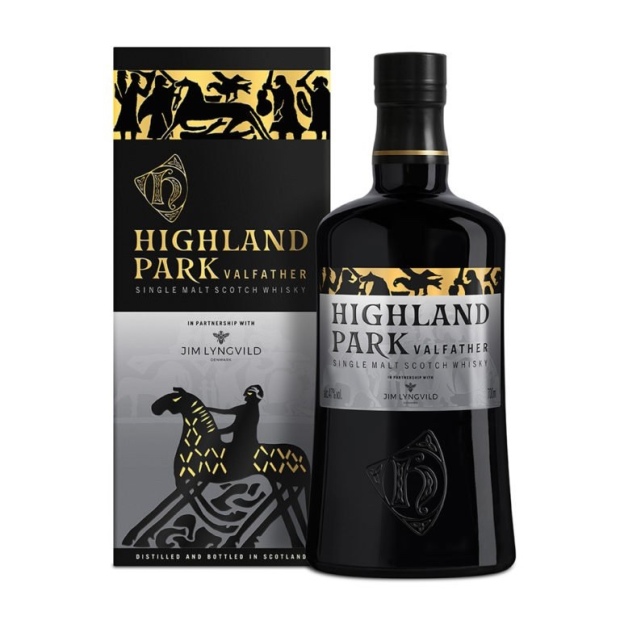 Sample disclosure: This sample was provided directly to me by Highland Park as something of an early Christmas present. All comments are intended however to be an honest, fair and independent review of the whisky itself, and not as a promotion.